During the second day of the Swedish Rural Parliamentary,  Saturday, there was a panel discussion with the theme “Migration: Simple or Diverse”, where I participated in the panel together with Eric Erfors, from the Expressen newspaper, and Alice Teodorescu, from the Gothenburg Post newspaper. After the introduction, which was about the change / non-change in the Swedish zeitgeist regarding the migration debate the debate developed in an interesting direction. If newspaper editorials have the responsibility and ability to push the debate forward.

There are a number of things that I can now reflect on afterwords. Immigration debate is still marked, even though we ended up in a situation where volumes of asylum seekers every week has now becoming manageable for the system, by constantly referring to the Sweden Democrats rather than the substance.

It is now possible to talk about the volume’s initial effects on different systems without being branded racist but it is clear that for the vast majority of decision-makers that there is still a feeling of horror due to the inability to relate to the essence of the problem. 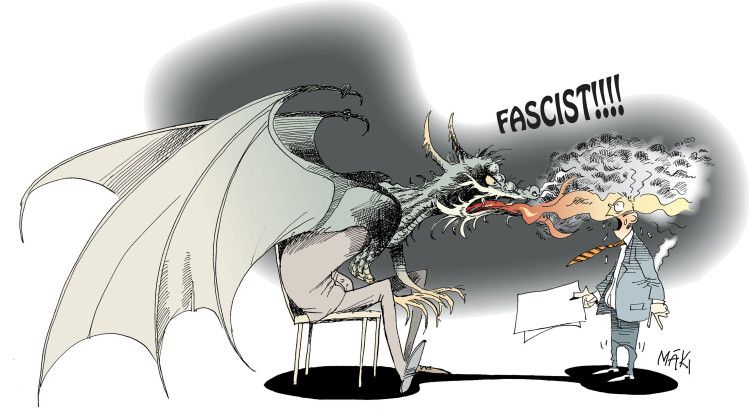 All these decision makers, at different levels, in politically controlled organisations slide over to emotions related to the Sweden Democrats, instead of the social challenge, to a surprising extent. Although this debate is about who has the actual reasons for asylum and the volumes that can be handled based of the facts and the regulatory framework in the form of conventions, laws and regulations for support and, thus, be able to disconnect the values and feelings. We have, in Sweden, a way to go before we end up in a formation level where we can have a calm debate such as in Norway, Finland or Denmark.

There are those who might take a breather now, but the worst does not lie behind us. We have that before us. The integration debate has not taken off yet. But it will take off, most likely in 2017.

In the integration debate, we are not, to the same extent, able to lean on facts. And we cannot, in this debate, expect support from the government or from any political level in general. The Prime Minister, himself, has, by appointing Ylva Johansson Minister for Labour and establishment, indicated that he did not want to take on the problem of integration. He wants the debate to stop at jobs and housing and the like, or he is unable to take the leadership role in the integration issues, which is about much more than jobs, housing, and cultural evenings with food and music.

In the integration debate, we have to confront our own values and feelings. What is integration and how far should it go? When is a person integrated into Swedish society? Who sets the level and requirements? What demands do we place without being called racists? Will we be able to refer to the UN Refugee Convention’s other articles that requires the applicant to comply with host country laws, regulations and other rules to avoid creating social unrest?

We will soon not be able to have the luxury of being able to hide behind statistics or delineation of the migration-oriented system impact. In the integration debate, we are forced to confront our feelings and values. The integration debate is even more comprehensive as it washes over us in several waves. We have not been able to integrate the second generation Balkan immigrants, Somalis, Iranians and several other groups. Now appear asylum seekers from Syria, with or without a permanent residence permits in Sweden, in the municipality placements for immigrants, while the Swedish public opinion has shifted and become more averse. Without having a reasonably good debate about this before.

How do we relate to persecution on grounds of religious belief versus religious freedom? Could it be fair that we allow certain groups to threaten the life of others for the sake of their religion and to justify the right as religious freedom? What is racism in this context and what is not? Is it Islamophobic to defend Shiite Muslims’ right to practice their religion when threatened by Sunni Muslims? Have converts any right to freedom of religion if it encroaches on the Muslims’ demands for the death penalty for apostate? What are the human rights that apply?

If you thought the worst was over now, you thought wrong. Now the real debate is coming. What are the basic values that will permeate Sweden and which ones do we not want to see. Now is the time to jump into the emotional sauce.