Whipped into a partnership

A Swedish version of the article is available here.

The government arranged at the Cabinet meeting on Thursday for Ulf Bjereld to investigate support for faith communities. A decision the culture minister, Alice Bah Kuhnke, alleged that the Government has already taken in a DN Debate article on 1 June. The culture minister should have earned strong criticism because she has given voters the impression that they have already taken such an important decision without having done it. But now the work in any case has started.

Support for religious communities is a very sensitive issue in general. It is likely that, as the investigation directives testify, this has become an even more sensitive issue due to the immigration flows that Europe, especially Sweden, has experienced in the past two years. Most of these migrants are Sunni Muslims, and the Jews in Germany and Malmo particularly have testifies to escalating anti-Semitism. The investigation directives take that into consideration (they are embedded in the end of the article in Swedish):

It requires an understanding of the criteria for democratic forms and proposals which means that it is designed in compliance with the Constitution, the European Convention, the European Court practice and other international commitments. When designing the democracy criterion is therefore both freedom of religion and society’s fundamental values, including human equality and gender equality, taken into account.

If a religious community or a church develops in a negative direction and counteracts the fundamental values of society, it should be decided whether or not it is justified that such a religious community should lose its right to state subsidies and that the payments can be reclaimed. This means that a democratic criterion should be designed in such a way that it is so specific that it enables this type of monitoring.

The current regulatory framework assumes that all religious communities that had received support from the state when the regulations were introduced will also receive continued support. This should not be the starting point for this review.

In essence, positive and well prepared but there is an obvious but in this for those who know the Swedish political landscape and are able to see behind the curtains.

Should the investigation criteria cover the Social Democrats for Faith and Solidarity (Socialdemokrater för Tro och Solidaritet), as Ulf Bjereld is chairman and as such is a permeant adjunct to the Social Democratic Executive Committee, should this side organisation be on the borderline of having to pay back public funds. For several reasons.

Ulf Bjereld showed as late as 2015 how close to Hamas the side organisation stands by its deep involvement in the “Ship to Gaza“. One of the organisations he collaborated with in this project was the Turkish organisation IHH. The Danish Institute for International Studies concluded in 2006 that the IHH maintained links with Al Qaeda and is considered to be linked to Hamas and the Muslim Brotherhood. The Turkish State noted as early as 1997 that the IHH was involved in arms trafficking with Islamist organisations. The US government concluded in 2010 that the IHH have close relations with Hamas and was involved in the design of the Millennium bombing. When Ulf Bjereld engaged so deeply in Gaza, with his background as a professor of political science and member of the Royal Academy of Science, it is unreasonable to assume that he was unaware of these connections. Should a religious organisation in Sweden, with the new investigation criteria becoming real, have the same relations, that organisation would probably lose its government subsidies which would be repayable.

Faith and Solidarity is also seen with great scepticism from the Arabic speaking Christians and the Jewish communities. Adrian Kaaba, a board member of Faith and Solidarity’s central board, spread strong anti-Semitic urban legends in 2012 that IS / DAESH was created by Israel. He is still there today and enjoying Ulf Bjereld’s full confidence after making the following apology:

– I now realise that I made a mistake. If there is evidence that this is an anti-Semitic conspiracy theory I reject it without hesitation.

Not that he was disproved. Only if his statement was proven anti-Semitic and conspiratorial he would reject it. Mrs Carin Jämtin, party secretary and number two in the Social Democratic Party after Mr Stefan Löfven, chairman and Prime Minister of Sweden, made clear to Expo (an NGO covering antisemitism and rasism in Sweden), the formulations that Kaba used was “very peculiar”. Not antisemitic. Peculiar.

But it is not only Bjereld who should be praise for this forgiving attitude to anti-Semitism. It was founded by the former chairman Peter Weiderud, former political adviser to Mrs Carin Jämtin during her time as Minister for Development Cooperation.

Weiderud has since the change of government become director of the Swedish Institute in Alexandria, one of the Swedish cultural sector’s most prestigious assignments. Weiderud argued as late as 2011 that the Muslims of the Social Democratic Party among others cannot be expected to have the same understanding of LGBT people when they have not reached the same level of enlightenment as the rest of the free world.

That some believing and practicing Muslims should be allowed to hate Jews, lesbians and gays is something we have to accept is the only reasonable conclusion from his debate article in SVT Opinion. The LGBT-movents largest newsmagazine, QX, reacted strongly on the dual message Mr Weiderud and Social Democrat for Faith and Solidarity communicates.

Among the religious leaders which Ledarsidorna.se was in contact with in the Arabic speaking Christian and Jewish communities, but also parts of the Free Church movement, yesterday, the appointment was met with total scepticism. Some of these organisations and churches have avoided any collaboration with the Social Democrats for Faith and Solidarity for obvious reasons, primarily for the close ties with the Islamists and the pronounced anti-Semitism from parts of the national executive board of trustees. Today, the appointment of Professor Bjerreld is seen by many as Löfven’s government is now forcing jews and arabic speaking christian communities into a partnership with an organisation they feel great mistrust in facing.

Not without good reason do they feel they are now whipped in to a partnership they do not want but have to in for the benefit of their members and the believers’ interests. 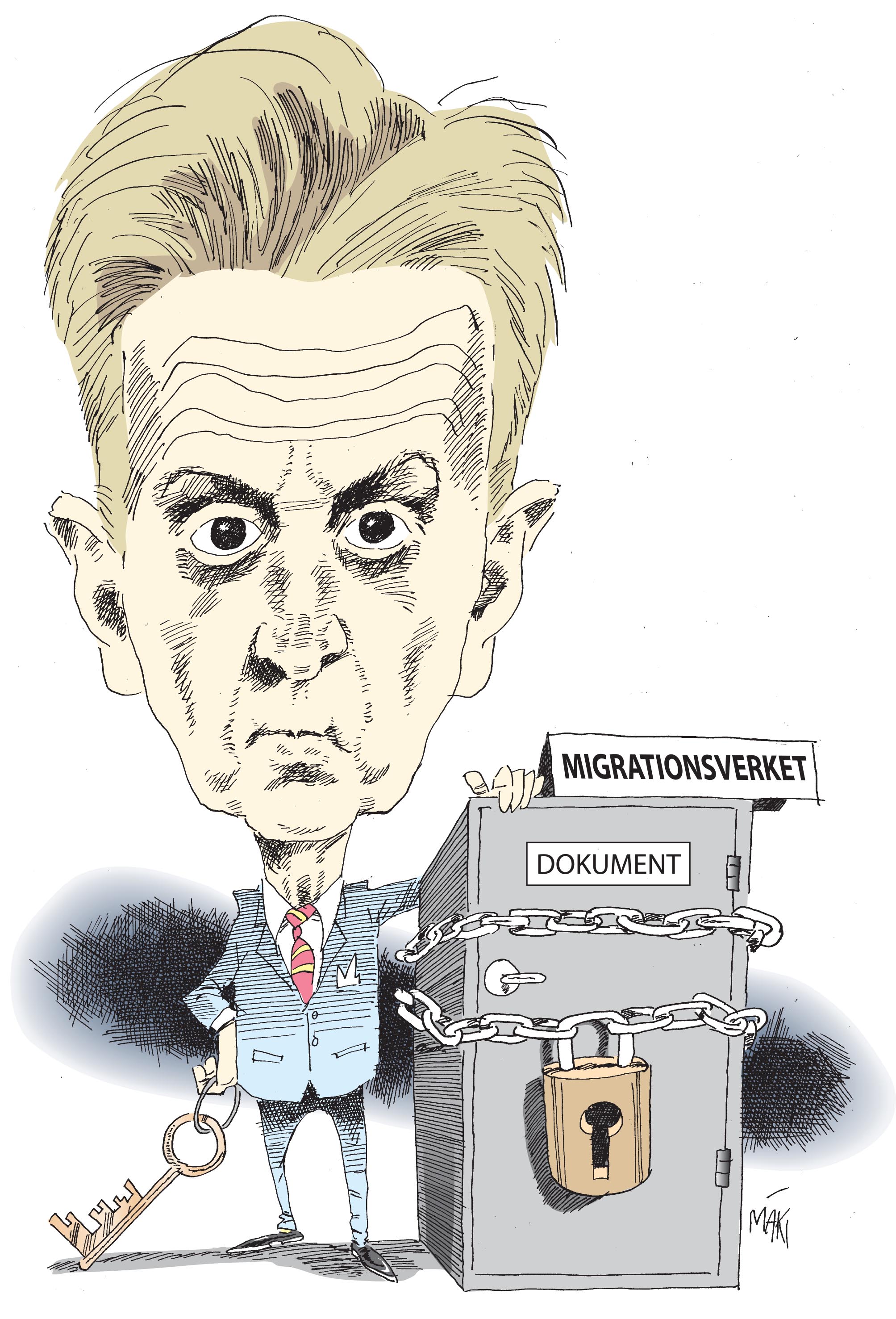